Still Learning After All These Years... 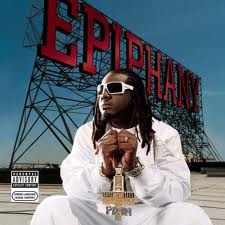 Had an epiphany on the drive home the other day.  I don't usually think any harder than what is necessary to remember the lyrics to a Transplants song, but somehow some way, in the 20 minutes it takes me to get from here to there, a truth hit me upside the head hard enough to sink in.  It's this:  whatever you do, do it like you mean it.
Like playing guitar.  Most people learning try to play quietly, so the world doesn't hear their mistakes (and I am one of these people!).  But you have to play it loud to be heard and to hear yourself.   Tentativity is the mortal enemy of creativity.  Look!  I made a homily.  And a word!  But seriously, it's true, even if it's not quite grammatically correct.

It's a damn good thing I recognized this truth.  I'm starting Beginning Drawing on June 2nd.  The course materials list suggests at least an 18 x 24 drawing pad.  18 inches!  by 24 inches!  At LEAST!!!  That's a foot and a half by two feet!!!  The biggest paper I've ever sketched on is 8 1/2 by 11, and my typical doodle pad is yellow and has sticky on one side.  How in the name of Wile E. Coyote am I supposed to fill in all that blankness?!?!

Fully epiphanated, I will boldly draw where I've never drawn before.  I'm not saying it will be good.  But it will be meant.

Romancing the Past, Rehashing the Stone

Had a Gatlinburg weekend recently.  NOT a vacation, but a blip in the space-time continuum wherein I found myself surrounded by the mists of yore, blasted by my past-ed, etcetera.  I graduated (or granulated, as my dear old friend Zeke used to say) from Gatlinburg Pittman High School in 1981, and when I walked out the door, I really walked out the door.  I was on the edge of the orbits of a couple different circles of friends, and that post-grad summer I started a new job and romance (the marrying kind) and I disappeared into that.  Like witness-relocation disappeared.

I was a bad friend. I have a history of being a bad friend, I see now in hindsight. I have something like an excuse.  We moved several times during my childhood.  The natural order of things was this:  live here for a little while, have some fun, move on to the next place.  Family goes with, friends wave goodbye.  I may still be a bad friend - in fact, I'm fairly certain of it.  But I try.  I really try, but in some ways I'm that puppy who left the litter too soon.  I just don't have the social skills for the pack environment.

Memory Lane came strolling in with lunch on Friday and the parade continued through Sunday evening.  Can't think for the life of me why I have this horrible impression of my high school years.  I don't remember anything specifically awful, just a general sense of not fitting in and being surrounded by stupidity. I guess we all battle our insecurities there -  mine is perhaps not quite finished.  I always worry about  kids who love high school. This should not be the apex of your life.  It's the prelude.  In fact, I don't want to reach the apex!  I just want to continue the climb.

So I've started climbing through the past a little, seeing that it isn't the acid-washed nightmare I feared.  Good things are back there also.  And good friends.

Congratulations to the Right Reverend Jenny A.  Pam and I are so proud to know you.  You *are* our once and future king.  Even if you're a girl. 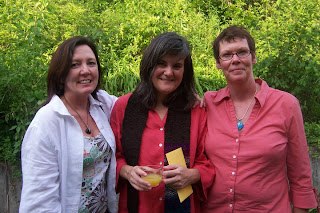 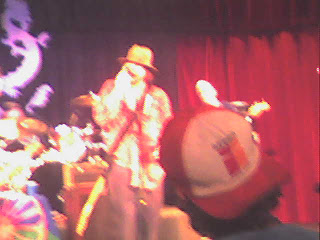 After a hard day of dog-walking, grocery-shopping and laundry-doing, the Hubs and I headed down to Maryville, TN to The Shed to see one of my favorite folk singers ever, Mr. Todd Snider.

But first, we ate fabulous Mexican food at El Paso in Sevierville.  The most marvelous tostada I can ever remember eating.  Chicken, sour cream, guacamole, and the most delicious white sauce.  And a nice cold cerveza.  Muy bueno.  My second visit and it will not be my last.

Elizabeth Cook opened with a favorite, Times Are Tough in Rock n' Roll.  She is very tiny and very pretty.  This must've been the end of her tour, as she had sold out of most of her merchandise.  "Balls" panties still available, but only in large.  I snagged the very last t-shirt she had, a lovely minty green number promoting her Sirius Outlaw Radio show - thanks, Hubs.  Thought it was a large, turns out it was X-large.  Pizza Hut, here I come.  Her husband Tim Carroll played the electric guitar in her band and she featured a couple songs he/they wrote. She clogged to one with great charm. Her mother hails from West Virginia, which she called the land of 5 million people, 5 last names.

Let me take just one moment to discuss the crowd.  This is a Harley-Davidson dealership,  bikers are the norm.  In fact, I should have been ashamed to drive up in the family truckster.   Some couples here and there, but by and large, it was mostly guys.  With guys.  Wearing lots of leather, some of it sleeveless, bandannas and black.  There were candleabras, with thick plastic candles.  Boots!  With a little glitter and some more forgiving lighting, it could have been Maryville's answer to the Gay Dolphin.  I know there's a size large "Balls" panties joke in here somewhere but I just can't seem to find it.  Everyone had set up a camp chair, but few people actually sat.  A mosh pit formed at the foot of the stage, making it difficult to see EC (not *that* EC, but Elizabeth Cook) and Todd.  Why can't we all be civilized at these things and sit?  But no, we've all got to be dicks in front of the stage throwing our death metal signs and spilling beer on our fellow moshers.  If seats are provided, sit your ass down.  Thank you.

Todd Snider took the stage in red plaid shirt (grunge? or royal wedding?  you decide), his usual scruffy hat, all barefoot on his magic carpet. He gave himself a Blues Brother-ish intro and jumped right in to Lookin' For A Job.  Oddly enough, for somebody peddling a record entitled The Storyteller, he didn't tell a single story.  And I missed that.  Both he and EC (again, not *that* EC) seemed a little perfunctory in their performances.  Not all that happy about being there with me and all my biker friends.  Just checked their facebook pages and strangely enough, neither of them has posted a word about the experience.  Does silence speak volumes?  I am with my cliches today.  Cliches, good ways, to say what you mean and mean what you say - thank you, Jimmy Buffett.

I joined the mosh pit (where these crap photos were taken) and observed him sweating heavily.  Random note:  I don't think he was wearing underpants.  Not that there's anything wrong with that. I was trying to get close enough to get a good picture of his bare feet.  Do not ask why.  It was The Mission, and I did my best to see it accomplished.

Don't get me wrong, I enjoyed the show.  But I was hoping for stories and banter.  There was none.  I was expecting a guy with a guitar.  This was most definitely not "unplugged" and I don't know if it's my ears or their sound, but it was all just a loud blended mess of electric guitars.  I was really hoping for a EC/Todd duet.  It was not to be. 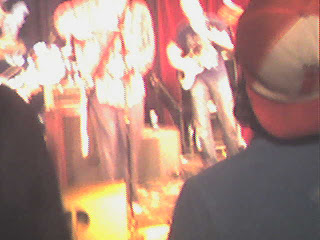