It's On - The Great Vonnegut Readathon 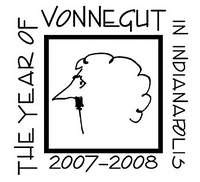 Ok, so it's a RE-Readathon for me. I had them all. Why, oh why did I give them away? Anyway, Indiana, for all their inability to properly teach driver's ed, has done something right. They've declared 2007 The Year of Vonnegut. For my money, he's the most relevant American author of the modern era. Maybe even ... ever! Forsooth, he saw the future and wrote about it tenderly, compassionately, even when describing absolute devastation and horror. These days and these problems have already been examined by Mr. Vonnegut, who's taken his own little figurative ride on the Billy Pilgrim express. Technology out of control? Player Piano. The futility of war? Slaughterhouse-Five. The absurdity of 21st century existence? Breakfast of Champions. All you aspiring authors put down your pens, throw away your keyboards. He's already thought of it, already written it and waaaaaaaay better than anybody else ever will. God Bless you, Mr. Vonnegut.

Let the reading begin.
Posted by mood at 1:41 PM No comments:

Email ThisBlogThis!Share to TwitterShare to FacebookShare to Pinterest
Labels: bloviations

You should see my desk. A little pile of child support correspondence here that I'm going to take care of just as soon as I handle the out of town payroll there that needs to go in the mail as soon as I can get the freaking W-2s in envelopes which I'm going to stuff if I ever finish dotting all my i's and crossing all my t's. Numerically, I mean.

I like numbers. They're so solid, so factual. No debating the meaning of 'is' with a number. And there's the rub, Shakespeare fans. All the little numbers my Epson DFX-8000, staggering and swaying like a old Norge washing machine, cranks out are ultimately my responsibility. And I'm absolutely paranoid about their accuracy, because I will get 10,047 phone calls (approximately) from former employees about how they know they have FIT paid in but their W-2 shows zero. So far, the approximately $100 million* in wages and taxes I have paid and reported have been, as we payroll clerks like to say, absolutely on the money. To. The. Penny. Knock on wood or, alternatively, Bill Gates. My luck will run out eventually, I'm afraid, so I spend hours checking against the quarterly taxes, making sure I've got 9 numbers in that EIN box, and that they're the *right* numbers. That everybody has a first AND last name, because there's always one little software glitch that will screw up every 37th page and diskappear one or the other. And that I'm printing the right freaking year on the right freaking form. And that I put the prior year away when I'm done and don't leave the current year labeled "FIA 2007 Goddammit".

If all that weren't enough to give me a nervous tic and a pressing need for new reading glasses, there's the printer, the previously referenced DFX-8000 that is approximately 80 years old. I sacrificed a kitten and invoked the name of Bes in a glorious pagan ceremony of supplication. Which seemed to help a bit. Most of the W-2s are 4 part forms, but I have two companies that need 6 part forms. The printer has one tractor that still pulls, and it will do a 4 part form if I don't do too many at once. A 6 part form is a no-go, houston-we-have-a-problem. This is where my single greatest payroll/printing skill 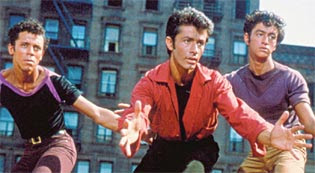 materializes. Yes, I can stop print in a instant, before the idiosyncratic little jump it tends to take on an 8 1/2 X 11 form can ruin the first W-2. I can shift the printhead left, right, up, and/or down with intuitive grace, in increments so infinitesimal you might think I'm telekinetic. Jazz hands, baby. And without my particular set of skills and level of paranoia, there would be no W-2s for the angry mob we have working for us.

And that's why they pay me the big bucks.


There! Three paragraphs and no mention of soccer, Clint Dempsey, Elvis Costello or Tim Armstrong!
Posted by mood at 8:59 AM No comments:

The Mostest from Nacogdoches

got a little game.

Clint Dempsey gets subbed on for the final 13 minutes.

The tackle is typical Demps: so sprawling, so klutzy, so un-joga bonita it looks like a complete accident that he gets up with the ball. And the back heel - who in their right mind does that in their first premiership game? "Cheeky" ? Arrogant? Probably a little of both. And quintessential Dempsey. Big ups, dude. Looking forward to more.
Posted by mood at 9:31 AM No comments: 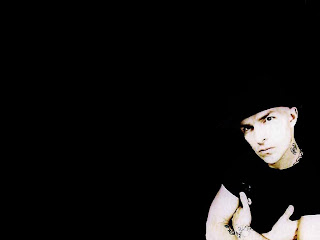 I thought it was the XM Satellite icon. --> 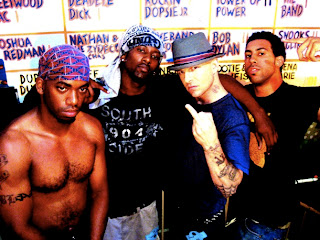 That is some fine definition. Just like the corner of a dollar bill. And if you turn your monitor upside down, there's a Hellcat kitty.

I need some ink. 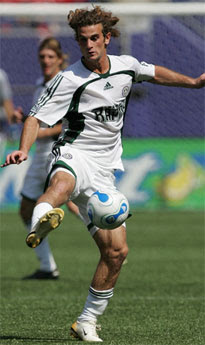 Beckerman, that is. Kyle Beckerman. Colorado Rapids' Designated Dread Wearer and USMNT member.
Enough about the other guy, already.
But if, and it's a big if, Ronaldo rides in on a white horse to save the Red Bulls, then the East coast/West coast/New World/Old World rivalry could get interesting.
Posted by mood at 1:29 PM No comments:

It's About Effing Time! 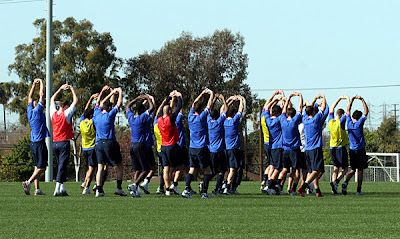 With all my Dempsey watching, I almost forgot about this: USMNT back at it, as of January 4th, unless your name is Landon and you're on your honeymoon. So, he's really *not* gay.

First game of 2007 (January 20th on ESPN2, 5:00), a friendly with Denmark. Then a friendly with Mexico (which won't be very friendly, I'm sure) on February 7th at 9, also on ESPN2. These are the guys in camp, except for Dempsey (gone to POE) and Eskandarian, who has disappeared into the Great White North. Spit Red Bull again, headgear boy, and see where you end up then...

Head Coach: Bob Bradley. Not everybody's first choice, but not a bad selection. Germans? We don't need no stinkin' Germans.


Lots of youngsters, mostly MLS. Sadly, no Eddie Gaven. Protein. The word is protein, Eds. The Danish will eat us like um....danishes. But we gotta start somewhere. 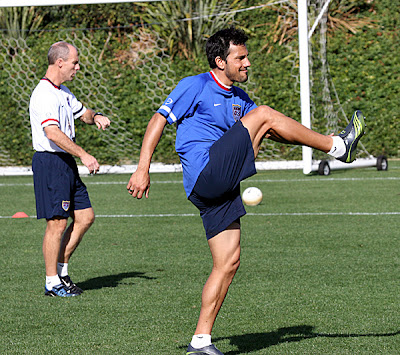 And now we know what we gotta play with.
Posted by mood at 2:02 PM No comments: 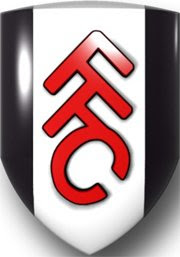 Permit approved, already chillin' in the UK and available to play January 20.

And no Fulham games are on FSC the entire month of January, forcing me to consider shelling out for yet another sports channel. Can you say cable company conspiracy? Of course, he might not play for a while, having to adapt his game to English football, which ain't so different from its American cousin, being all about kicking the absolute hell out of the ball and tackling with intent to harm. And then there's the Jesus-H-Christ-does-it-EVER-quit-raining adjustment period, so it might be best not to see. But, I'll want to anyway. If you listen very closely, you'll hear the agonized moan as my Mastercard maxes out. It's been like Christmas, this transfer window. All the wondering, the serpentine speculation, extracted laboriously from algorithms of hot air and molecular pieces of knowledge. I hate to see it end.

My new hero. John Prine's heir-apparent. This is Talkin' Seattle Grunge Rock Blues, from his first album, Songs for the Daily Planet released way back in 1994. Turn it up loud and listen more than once. The lyrics are razor-sharp, earnestly sung, perversely funny. In short, everything that tickles my twisted tiny funny bone in a tidy 3 minute and 20 second package.
Posted by mood at 9:02 AM No comments:

Sadly, and to my lifelong disappointment, true. Maybe not as true as it once was, having spent the last 30 years here in Sevier County, where nary a day passes that I don't hear someone's druthers, their fixin' to's and their painfully expressed relationships (I got a friend of mine, e.g.) But in my formative years, I was embarrassingly free of the accent that defined home - at least for my Mississippian parents. And it was all their fault, dragging me willy-nilly across the U S of A. I was born in North Carolina, moved to Virginia the first time when I was a toddler, then west to California for 7 years. Fourth grade was spent back in Virginia, in a suburb of D.C. While Nixon's presidency was unraveling I became obsessed with The Man Without A Country. Yes, the flair for drama became apparent early on. Then off to Missouri, where the people say "you'ins". Really. Finally, a move to the land of red clay mud and abandoned tires. That's right, T for Tennessee. Big ups to me for not speaking some mutant east coast/west coast slang. Um, well, mostly not, yo! And the more I think about it, the more I believe my parents should have gone to jail for child abuse/neglect. Yard darts! We had 'em! Bugs Bunny cartoons! The Three Stooges! On every afternoon right after school and could poorer role models be found? Bear attacks! Earthquakes! Proximity to Nixon! What kind of parents let their children spend entire summers in swimming holes or swimming pools? Or amuse themselves driving the family sedan solo around and around the grandparents' pastures? At the age of 10? Or play outside all day with vague directions to be home before dark?

Thanks, Mom. Thanks, Dad.

To make the world a better place. 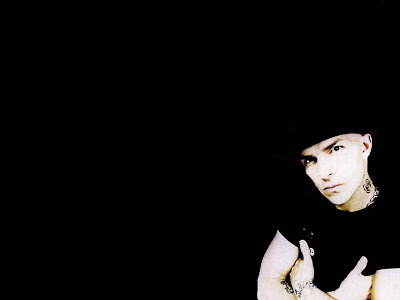