I don't know who this is targeted towards

but if they're after the lower middle (upper lower?) class white family market, count us in.

Maybe it's not such a successful commercial. I assumed it was selling international calling cards, to be honest. But it is remarkably watchable. Note the sly Three Amigos reference.
Posted by mood at 1:46 PM No comments:

There's a little brouhaha brewing in Sevierville. To build a parking garage, or not to build? That is but one of the questions. Who pays? How? Where? When? Why? And why do we have to tear down established businesses to do so when there are loads of decayed and decrepit vacancies abounding?

It's a conundrum wrapped up in a riddle floating on a sea of mystery.

But, citizens of Sevier County, I am here to tell you the truth. We don't need a downtown parking garage. We don't need a Central Business Investment District. What we need, friends and neighbors, is a Major League Soccer team.

Let it grow on you.

MLS plans to have 16 teams in 2010, and possibly 18 by 2012. Sevierville, Sevier County - 2016 is our year. We built that ballpark, and they did come. We built that convention center - excuse me! Events Center - and they are coming, even *without* liquor by the drink. All we need is approximately 50 empty acres (old landfill perhaps???) and some positive thinking. Beer is your basic soccer fan's beverage du choix - already available by the case and by the drink. Weather is good for the MLS March to November season. Lots of people come here anyway - why should we deprive them of the chance to enjoy some soccer while they're here? 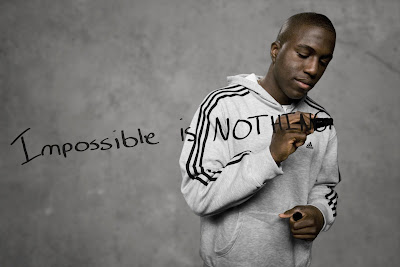 Ain't That a Kick in the Pants. 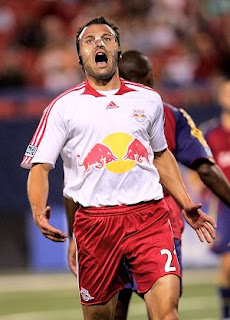 Dema Kovalenko, the man who could not be two months without the soccer, has been traded away to Real Salt Lake.


Why didn't they run this by me first? 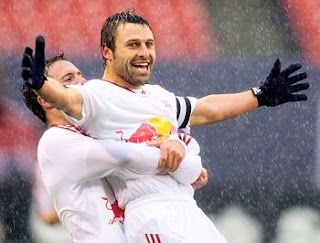 Will This Hellish Winter Never End?!?

And it's raining, too, when it's not snowing. 38 degrees. Dark. Dreary. Depressing.

So, I found a little mental go-around.

We Climbed From The Depths of Hell Unscathèd 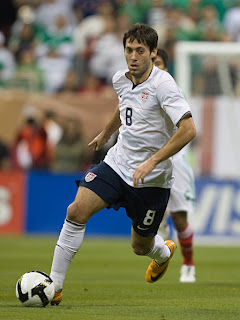 And no, it wasn't really Hell, and we didn't climb from the depths, fer sure. We kind of floundered in the middle. And on the sides, at least in the back. USA 2, Mexico 2. We didn't play that well, but it was an education in gamesmanship for the five U-23 players who will be starting Olympic qualifying shortly.

At least nobody got shot. Well, only two people. And it's possibly just random Houston violence, not soccer-specific hooliganism.

The Good: the jerseys are not as butt-ugly as I thought, although being on Clint Dempsey helps a lot; the crowd - I don't care if they were mostly viva-ing Mexico, it was good to hear some noise; the little dust-up between Tim Howard and Antonio de Nigris - 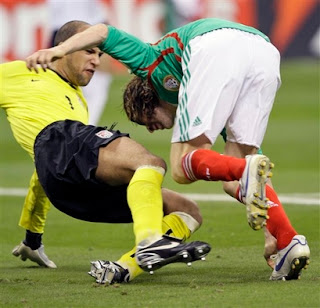 obviously, this was not just a friendly.


The Bad: Bobby Convey (or Convay, as the announcers said) - wow. just wow. slow and stupid has a new poster child; the fact that ESPN did a 30 At 30, when the game had been on less than 10 minutes!!!; an Eastern time zone actual start time of 9:25 - can we all get with the central time zone please?

The Meh: the ESPN love, which maybe is a natural outgrowth of the writer's strike and thus a fluke OR is preamble to the Beckham media circle jerk to come. (pun unintended) 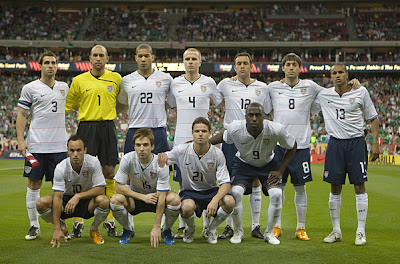 The Starting XI. Two amusing things about this photo: Bobby Convey in last year's cool kid shoes (slow AND stupid!) and Timmy on his tippy-toes so he measures up to Gooch. 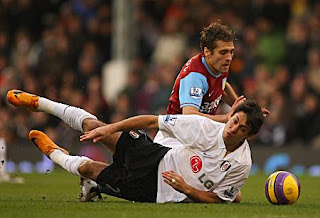 Sometimes it's hard to be Clint Dempsey.

On Sunday, February 3rd 2008 it was good to be Clint, but it was better to be a Fulham fan. The return to form of Jimmy Bullard, exemplifying the adage looks aren't everything. Brian McBride subbing in for a 20 minute work out. The first goal scored since January 8th (too bad it was for Villa!). Two more goals scored and the lead held until the final whistle. Everybody looked lively and interested. Big ups, dudes.

Hope that's enough time for Mostest to rest up. I need to rest up too - the Stupor Bowl sucked me in at the last minute (big ups, Eli!) and then there was the new! episode of House after... And I'm taking the Austinator to see UT play Florida tomorrow night in Knoxville, and the tip off's not until 9. PM!

Bring on the Diet Pepsi.
Posted by mood at 8:39 AM No comments: