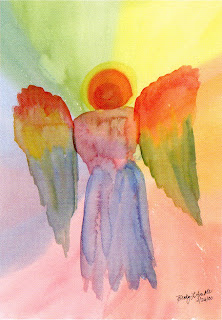 Just a few days ago I was scolding myself for my impulsiveness and today I'm jumping on the run amok crazy train once again.

It started with Blogs of Note. My typical reaction to reading a Blog of Note is WTF? Last week, the reaction was different. Edenland was on the list and I gave it a read. And a further read. And on and on until I had read a whole lot of it. And it was so well done and witty and fun, even about very serious things, it just blew me away and made me want to write a great blog too. Did I mention the purple in her banner? I like purple. And skulls. Very Tim Armstrongish. I like that too. I "followed" Edenland and this morning's post mentioned Angel cards.

I'd never heard of Angel cards, so I googled at once. Amazon has heaps and I just nearly hit BUY NOW before I remembered my pledge to stop being such an impulse buyer, of things AND ideas.. After an hour of the agony-of-denial, I realized the internet was at my fingertips - surely someone, somewhere had online Angel cards. Preferably for free.

I like the idea of angels guiding my card selection, gravitating my hand in the right direction. It would probably be simpler, however, if they just picked up the phone. For the record, I drew Cherish, Peace and Patience.

Brushes With Greatness - An Airport Encounter

Waaaaaaaaay back in the day, when dinosaurs had just recently met their demise, I went to the UK for the summer as an exchange student. To this day, I don't know what they exchanged me for. As you might imagine, getting there involved an airplane ride or two, and airplane rides usually involve long idle hours standing around waiting. Loooooooong idle hours. Waiting.

So, standing around JFK one August afternoon in 1980 (told you it was post-dinosaurs!), my friend and I spotted a familiar face sitting and waiting in one of those impossibly uncomfortable 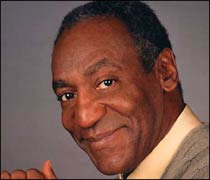 airport seats. You know, the ones that are not just a seat, but a whole line of seats created to bring order to the chaos of jet travel in chrome and shinyl vinyl. The kind and gentle face of Mr. Bill Cosby, actor, comedian, all-around Mr. Congeniality and Jello spokesperson.

Unless you interrupt him at the airport.

My friend and I noticed him and began to whisper back and forth: that looks like Cos! Sitting in the hallway at JFK? Can't be. But it looks just like him! You ask. No, you. No, you.

This went on a good ten minutes until we had ourselves worked up into a frenzy of celebrity awe. We approached.

May we have your autograph?

Whole worlds - and dinosaurs! - were created and ceased to exist during this silence.

"Can you say please?" with just a drop of unctuous disdain.

Older, wiser (ha!) me now realizes that this was just typical Cosby humor. Younger, idiot me felt like she'd been assessed and found wanting. Horrifically wanting. NAKEDLY wanting. In-front-of-the-entire-school-ridicule and the Defcon One nuclear strike of shame.

It's hard to talk about now. But, that which does not kill me makes me stronger.

Yeah, right. Eat a booger, Bill Cosby.
Posted by mood at 9:45 AM No comments:

In for a Penny, In for a Metric Ton 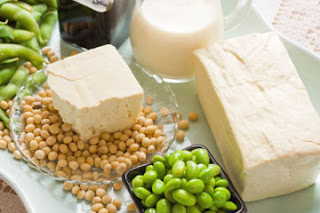 or, why Gung-ho should be stricken from my vocabulary.

I'm following my doctor's advice. Try some soy in your diet, she says. It's good for you and it might help with the hot flashes. So, I went to Kroger. Hungry. Chocolate-bereft. I bought soy chocolate milk. Soy sea salt crisps. Soy protein "chicken" fingers. Edamame. I looked at soy ice cream, but it was pretty pricey, so I left it on the shelf. Soy Joy bars. I left no soy unturned in my quest to be flash-free.

Further research indicates I do not need to go so whole hog. A glass of chocolate soy milk once or twice per day will do the trick. No need to soy bomb, as it were.

At least, between all the morning pages and meditations, I've learned to recognize my tendency to go overboard. I may not be able to control it yet, but I've got it's number now.
Posted by mood at 1:32 PM No comments:

This week's focus was recovering a sense of self-protection. To be completely honest, I didn't get a lot out of this chapter. I'm not a workaholic, I'm not famous; I may be a little competitive, but really, who isn't? Other than the Dalai Lama, of course. Some of the exercises seemed a little silly, in particular The Deadlies, in which we were to write down the words ALCOHOL, DRUGS, SEX, WORK, MONEY, FOOD, FAMILY/FRIENDS on individual strips of paper, fold them, place them in a hat or something and draw one out seven different times. Then, we drew one out and wrote down five ways this thing has a negative effect on our lives. I drew DRUGS four times. Julia Cameron says that this should be read as emphasis. Sorry, Julia. I do not have a drug problem keeping me from writing. I also drew FAMILY/FRIENDS multiple times. It was not an eye-opening experience. I am nearing the end of the The Artist's Way (the book, not the life) and I'm beginning to find Julia Cameron a little annoying. Or out of touch. And she's anti-meditation, which I find downright odd.

This could simply be what she terms an 'artistic tantrum' which typically precedes a big leap forward. 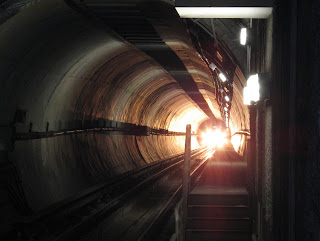 Travis Barker shilling his solo with the Transplants on Conan. I'm so glad I'm Team Coco. 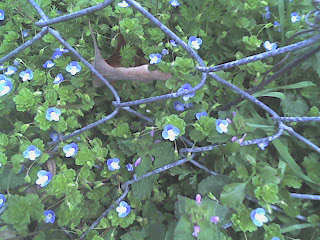 Apologies, dear readers. (tee freakin' hee, readers. As if.) Been busy meditating, soccering, Artist's Way-ing, reading, reading, watching tv and - ugh - working. I've moved forward on the The Way (cue Scott Miller), but I haven't always taken the time to blog about it. Consider this a remedy.

Week Nine's task was to recover a sense of compassion. One of the main points of the chapter was to label things rightly, particularly "laziness," which is often just fear. Fear that we won't be able to do something perfectly, fear that we will fail, fear that we will succeed even. We say we're lazy, when we're really just afraid to try. The salve of compassion is not just for use on others, then, but we should apply just as liberally to our own skins. See what I did there?

Also discussed were creative u-turns, where we self-sabotage out of fear, and block-blasting, where we take inventory before beginning a new project of any resentments (anger) and resistances (fear) we might feel about starting. I still find this provocative because I haven't done any actual creative work, other than blog posts and one lonely collage, since I began this journey back in December.

Resentments: nobody ever reads poetry! it means work! thinking! editing! especially the editing!!!

Fears: people will think I'm weird for writing it. it will be awful and I won't know it and I'll show it to someone and ... it doesn't bear thinking about. I won't be able to write it! Nothing will come!
Posted by mood at 1:39 PM No comments: